What is happening with our money?

Warning: preg_match(): Allocation of JIT memory failed, PCRE JIT will be disabled. This is likely caused by security restrictions. Either grant PHP permission to allocate executable memory, or set pcre.jit=0 in drupal_valid_http_host() (line 740 of /var/www/vhosts/afreecountry.com/httpdocs/includes/bootstrap.inc). 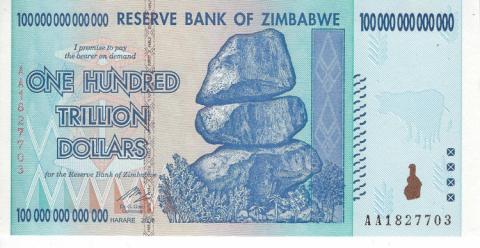 The Department of the Treasury is reporting one to one exchange for the Zim. If all currencies go to a gold backed unit. Then there will be no exchange rate. They only reason there would be for an exchange rate other than 1:1, would be if one was gold backed and the other was not. For example, if the USTN is gold back and the Zim is gold backed then the single unit of 1 dollar would equate to one ounce silver. So one dollar USTN would equate to one dollar Zim, because silver is the same value everywhere. The differences in how much one has paid for silver is the difference in value of the fiat currency used to for it. But to say that one is buying silver or gold is to say the one is buying money. To be clear. This is the link to the Department of the Treasury showing that the Zim is on par with the USD. Can't say if it is the new USTN or the fiat FRN. The definition of money right out of Black's Law dictionary. "In the usual and ordinary acceptation it is gold, silver or paper money as circulating medium of exchange, and does not embrace notes, bonds, evidences of debt, or other personal or real estate. Lane v. Railey, 280 Ky. 319, 133 S.W. 2d. 74, 79, 81. Currency; the circulating medium; cash." To back this up, The Constitution for the United States of America specifically forbids the use of anything other than gold and silver coin to be tendered in exchange for debt. "Clause 1: No State shall enter into any Treaty, Alliance, or Confederation; grant Letters of Marque and Reprisal; coin Money; emit Bills of Credit; make any Thing but gold and silver Coin a Tender in Payment of Debts; pass any Bill of Attainder, ex post facto Law, or Law impairing the Obligation of Contracts, or grant any Title of Nobility." That one clause forbids child support (bills of attainder), forbids titles of nobility like "esquire", coin money (there's that word), or make anything other than gold or silver tender for payment of debt. The definition of debt is below. In other words, money is not Notes like "Federal Reserve Notes". It is silver or gold or the paper representation of it. To be clear, gold does not have a price, because it is the money and currency that is used to exchange for gold is NOT money if it has the term "note" on it to describe what it is such as Federal Reserve Note. So more correctly it would be to say what is the prive of the Federal Reserve Note. How many Federal Reserve Notes can be purchased for one ounce of silver or gold. The reason the there is still $1 stamped on one ounce silver and $50 stamped on the one ounce gold coin is because that is the amount of money represented by those one ounce coins.
The definition of "Debt" is "A sum of money due by certain and express agreement;" Page 490 So just about every single "loan" out there is not a debt in compliance to the legal definition of the term debt because it is an agreement for a sum of "money" due by certain and express agreement. That is why all debt is about to be forgiven, because it is not really debt at all. Exchange rates being reported right now are most likely an exchange of, say, dinar, for the USD not the new USTN. Once Iraq goes, the USTN will be released and I will be shocked knowing what I do about the "money" system if anyone gets more or less than a 1:1 ratio of exchange. Notice I am not stating this in my opinion only, because if I am giving my opinion, who else's opinion would it be?
Tags:
Iraqi Dinar
Zimabwe dollar
gcr
global currency reset