There is no doubt that Christians and Jews are under attack by governments from around the world. The government of these united states has even welcomed the religion of Islam, a satanic cult, with open arms, bringing them into one of the icons of American Christianity, the Washington National Cathedral where they could turn their backs on Christ's image to pray to Satan. 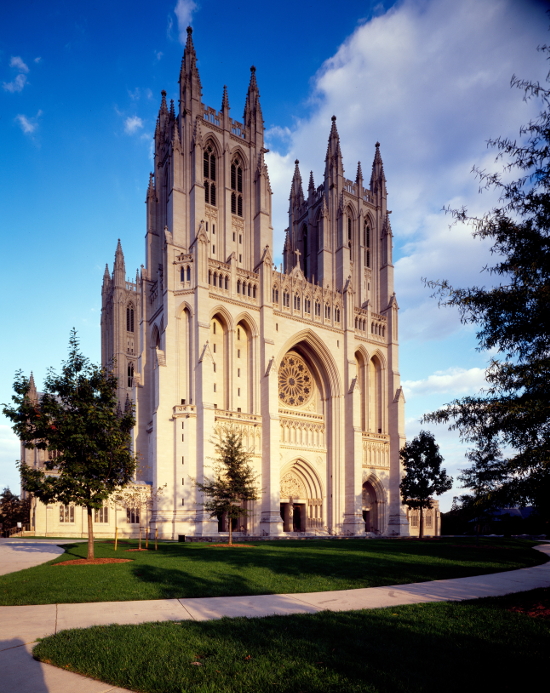 So what can be done about this movement against Christians? How can these people stop the government that is supposed to be protecting the religious freedoms of all people from showing favoritism against them?

It is much easier than one might at first presume. People in these united states are sovereign first and foremost. Just round 73% of Americans identify themselves as Christian. It is the largest religion in these united states. So how is it that 73% of the people are permitting such a small percentage to dictate how they will live their lives. Homosexuals only make up 2.86% of the populace, yet they are succeeding in getting a multitude of states to pass statutes permitting same sex marriages. Christians have far and away the best advantage over any other group of people for getting the government to leave them alone and live their lives however they see fit, including dictating to the schools what they will teach or not teach their children.

Christians first must learn what it means to be free. People have been taught to believe that Americans are citizens if they are born or naturalized in the United States. But if we read what the 14th Amendment actually says, it says we must be "subject to the jurisdiction thereof" to be a citizen. So the first line of defense is for Christians to learn that they are not citizens, because they are not subject to the jurisdiction thereof.

The 2nd thing that Christians must do, once they learn they are not subject to the jurisdiction thereof, is to stop applying to the IRS for some kind of tax status. Since there is no law requiring anybody to pay an income tax, there is no reason to apply for any such status. When churches realize that they are not required to pay income tax and stop agreeing to a contract forced on them through fraudulent pretenses, they will not have to concern themselves with avoiding topics that are considered "political" and losing any such status assigned by the government.

Since government run schools will not do the job of teaching people about their sovereignty, churches should start including it in their classes. The church has a great deal of influence over its congregation, and if the church would start taking a stand against the abuses of government, people will fall in and support the church in many cases. It is through churches that the largest number of people can be informed in the least amount of time. This is critical in light of the movement to rid these united states states of us pesky Christians.

If Christians were to make it a priority to spread the word of freedom as much as the word of Christ, people would soon know of the freedom that was granted them by God. This freedom cannot be taken from people in the united states of America. It can only be granted to government by the people's consent. So Christians must stop consenting.

Christians could join groups like the American People's Peacekeepers for support. After all, the government is doing little to protect Christians and even targeting Christians by targeting the groups they attempt to form when applying for tax exempt status from the IRS. This however, can easily be rectified by realizing that no such status is required. So by volunteering to join a group that unites Christians together no matter the religious subgroup, gives strength to Christians to stop the abusive and unlawful actions of both government and other groups.

This could be the modern day Christian Crusade. The crusade would be to educate other Christians about their sovereignty and common law, challenge government jurisdiction whenever government attempts to force its will on people, gather in armed groups to assure that government did not overstep its bounds and generally act like the sovereigns they are. They could organize common law grand juries and start holding corrupt government agents responsible for their actions when they target Americans, or get Americans killed through incompetence or subterfuge in our embassies like what occurred in Benghazi, and then lie to the people about what occurred. Americans are guaranteed common law and do not need to have government agents police other government agents. We all know just how reliable that has been. The government in these united states works as our servants and we cannot be obligated to do one single thing that government requires of us, That, too, is a lie perpetrated by wealthy elitist desiring to control all of us common folk. Through the APP Americans can assure that the presentments of the common law grand jury and the orders of the common law courts of record are carried out when the government agents refuse to do so.

What Christians must realize is the movement to take our freedom is actually a satanic movement of control through the central banks. They cannot succeed without your consent. Christians must also realize that they already have this authority because people are free and a republican form of government is one in which people can handle their business either directly or through representation. So when the representatives stop representing, it is time to handle our business directly.